As strange as it may seem, we’re giving you a summary of the history of the miter saws. You might think that it’s not so interesting, but you really would be surprised. For instance, did you know that the company didn’t actually patent the idea, which would have protected it from the competition for many years? Bet you didn’t.

However, we must start from the beginning before we get to that part of the story. Believe it or not, there are a lot of people who have benefited from such a labor-saving invention.

The Original Miter Box and Saw, considered as the first miter saws for most carpenters of the time. The first innovation of miter saws usually had a wooden/plastic three-sided box, as well as 45 and 90-degree slits that will help guide the back saw or hand to make miter cuts. Essentially, the miter saw combines the options of a miter box with a carpenter’s backsaw
Visit this page: power tools company

When was the miter saw invented?

Raymond DeWalt) https://en.wikipedia.org/wiki/Raymond_DeWalt(  invented the radial arm saw in 1922. Within a few years, his invention became known as the gold standard for cutting long pieces of stock to the proper length.
As a matter of fact, the radial arm saw became the go-to tool for this purpose until the 1960s, when the power miter saw was invented.

Who invented the Power miter saw?

Ed Niehaus) https://en.wikipedia.org/wiki/Ed_Niehaus (invented the power miter saw in 1964 as a project for his boss, Rockwell.  Ed Niehaus is one of the most significant names, and there is absolutely no way that you can mention the history of the power miter saw without singling him out.

When was invented the sliding compound miter saw?

At the end of the 1980s, the first sliding compound miter saw was presented, this new machine uses the principal elements of the compound miter saw with sliding rails that allowed the cutting head to move for a longer cut. Since then it has been the primary main cross-cut saw for woodworkers, totally substituting the famous chop saw.

How did this happen?

Well, back in 1964, Niehaus was an employee for Rockwell Manufacturing Co., one of the world’s top manufacturing firms at the time. Niehaus was an engineer with the firm, and he was put in charge of project designers. The company gave Niehaus a challenge to develop a completely new category of tools. Niehaus was a worker at the company’s facility in Pittsburgh, and he was selected to work on it. Speaking about the project, Niehaus said that he was tasked with building a project which would have been similar in operation to a handsaw miter box, but which will be powered by a motor.

Essentially, the company claimed that they were looking for a tool that could effectively crosscut and miter a 3×4 object. It was also required to be able to miter a piece of standard crown molding efficiently.

Niehaus said that he saw an idea sketch, in which he was shown the movement of the saw. He believed that the design might not be easily stabilized, so he developed a pivoting arm to mount the saw. This improved cutting efficiency a great deal.
So, Niehaus threw in a spring feature and put the arm of the saw to the arc’s top. He also went further by developing a compartment that improved the stability of the spring and maintained its functions efficiently. Then, he built a clear plastic blade guard which made way for the badge when it was time for the latter to work. The entire table had a wooden material, which increased the speed and effectiveness with which the badge was able to slide through the object. Also, thanks to the seamless design of the table, it was easy for a user to replace it whenever it got too damaged or chewed up due to cutting a lot of angles.
Niehaus also added some awesome features. For instance, there was a blade brake and a dust port. In case you are confused concerning the blade brake, take a look at a miter saw’s handle top. The node is the safety switch to see there. It might have a modernized look or name, but it was initially developed by Niehaus.

The entire project by Niehaus and his team took about three years of careful planning and product design. When it was all said and done, Rockwell launched the model 34-010 power miter saw to their customers.
The product was a smashing success at the time. It had a blade that measured 9 inches, so it could pretty much be used for a wide array of cutting exercises. Within a short amount of time, the tool began to outsell pretty much every other thing that Rockwell ever produced.

It was the goose that laid the golden eggs for Rockwell.

Niehaus said, “We couldn’t believe the sales numbers. They increased every year. That’s when we knew we were really onto something.”
The only problem here was that Rockwell didn’t get a patent right on the product for reasons unknown to this day. If they had, then they could have protected themselves from any other company which wanted to ride off the success of their product and design something even more revolutionary. Sadly, they didn’t.

As soon as the company’s counterparts realized that the miter saw was getting even more popular than other tools, they inquired about whether it had a patent. Upon finding out that it didn’t, they set to work and began developing their own versions with minor tweaks and changes to some of its fundamental features.
This wave of innovation is still being witnessed to this day, and now, you can see a lot of miters saw designs in the market.

As things stand, the common types of miter saws include:

This is a powered version of the miter saw. It helps to seamlessly make straight crosscuts on a piece of work, and it provides the opportunity to do so at various angle ranges. A lot of the time, these saws are used to make 45-degree straight cuts in a framing project.

This form of miter saw is a single compound miter saw, essentially implicating that the head can only rotate when it is angled to aside. If you are looking to get inclined cuts in the other direction, then you will have to flip the board.

This type of miter saw makes it possible for the head to rotate, especially when it is angled on both the right and left-hand sides. Most people who use these do decorative trim projects.

These miter saws can move the head of the saw backward and forward on a sliding rail. They work in a similar fashion to the radial arm saws. Thanks to this saw head movement, the size capacity of the cutting board will be significantly increased.

These are most likely the most recent innovation in miter saw designs. They come with laser guides, which help with making more accurate cuts. The laser is made of a disc-shaped washer which is attached to the saw blade. It shows a line for which the saw will cut.

Many saws also have LED features, which help with better illumination. 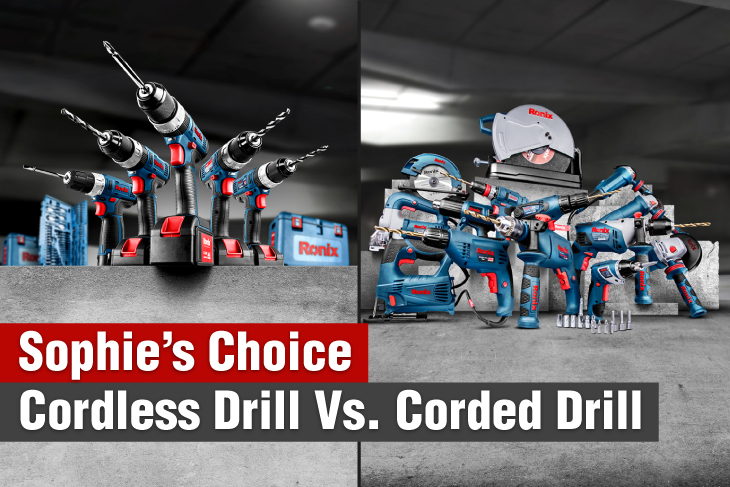 Proper Use of Hand Tools