Drill chucks are spindle-mounted mechanisms that hold a drill or other cutting instrument. They come in keyed, keyless, and hybrid systems, allowing for rapid drill bit changes.  Drill Chucks are frequently linked to a machine’s spindle through a Drill Chuck Arbor that may be removed.
The arbor is basically a steel shaft with two ends, one machined to fit into the spindle of a machine and the other machined to fit into the rear of a drill chuck. Jaws are widely used to hold the tool or workpiece in chucks. Jaws (also known as dogs) are usually placed in a radially symmetrical arrangement, similar to a star’s points.

Keyed Chuck or Keyless Chuck, which is the Best?

Chuck is one of the main of features cordless drill. Some chucks need to use a key to turn the sleeve. These are called “key” slits. Most hand drills and braces, however, use a keyless slit, where the sleeve or shell is tightened by hand.

Keyed chucks are designed to use a key to loosen or tighten the grip on a tool. When slippage is an issue during heavy-duty operations, keyed chucks have the benefit of delivering additional torque to the bit.  They can rotate in either a clockwise or a counterclockwise direction.

Keyless chucks are designed to loosen and tighten a tool on the drill’s chuck collar fast, either manually or when torque is applied. The tool may be loosen by turning the chuck collar counterclockwise.  The chucks found in domestic multifunction drills are keyless drill chucks for portable drilling equipment. Metal or plastic sleeves are commonly used. These chucks can also be constructed to drill in the other direction.

💠 Because the chuck is incorporated with the drill body, keyless drill chucks with integrated shanks are often more durable. These chucks are typically seen in industrial machinery.

Both keyed and keyless methods are available in hybrid drill chucks. The keyless section tightens automatically, while the keyed portion is adjusted on the chuck for increased gripping and torque support.

Most machinists and experts think that keyed chucks are more precise in terms of total runout, with some versions having as low as. 0006 inch of runout. When the holes have no specified tolerance and are only utilized for clearance, a keyless drill chuck can be used to make rapid modifications on manual milling machines.

The chuck size you’ll choose is one of the most crucial decisions you’ll make. This may have a significant influence on your ability to utilize the drill.

When you’re looking for the ideal drill, the chuck size is a crucial factor to consider. Let’s take a look at some of the things you’ll need to think about to make this simpler.

For the drill, there are a few basic chuck sizes. The one you choose will frequently be determined by how you want to use the drill.

What factors should I consider while selecting a drill chuck?
The maximum size of bit that may be inserted into the drill is determined by the chuck size. As a matter of thumb, the larger the chuck, the larger the bit that can be used.

Does the size of the chuck matter?
Its size determines the drill’s maximum drill bit diameter and provides a general idea of the drill’s power.

Drill Chuck is a crucial component of the downhole drilling assembly and aids in the drilling bit’s centralization. Keyed, keyless, and hybrid drill chucks are available.

By aligning the drill bit such that the exhaust grooves are next to the sections of the chuck that are less worn out, the chuck’s life can be extended. 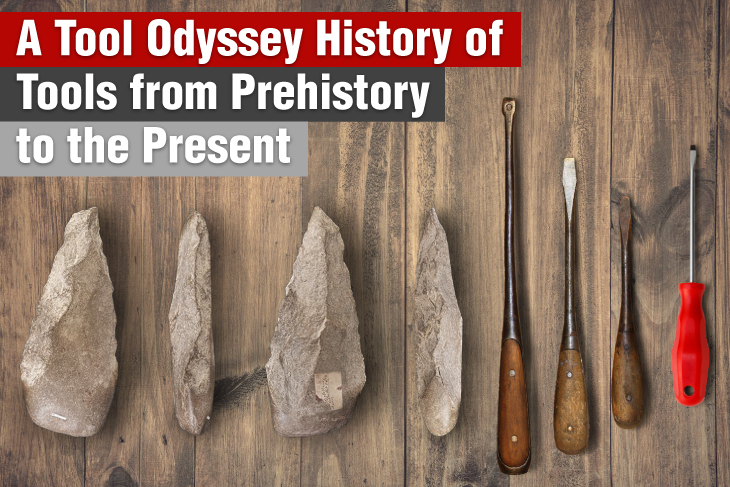 A Tool Odyssey: History of Tools from Prehistory to The Present

Where Can I Buy Tools Online? Best Online Tool Distributors