History of Screwdrivers Hand Tools returns to long time ago, that went far up to ancient Greek history. As one of the most common tools in the world, screwdrivers have done a lot for us till now. Half of any house is put together with screws and that’s why you can find a typical screwdriver in almost every household. Nowadays we have different types of screws and screwdrivers all around the world and the reason has to do with a unique point in history, where a group of technologies came together to drive innovation. However, that innovation was also impacted by powerful world events at the time such as the Russian revolution or I and II World War; or even powerful personalities like Henry Ford. This article will go through all these events and indicates the great debate between the Robertson and the Philips head screwdriver.

Where it all began

To get to know the History of Screwdrivers Hand Tools , we should go through the main key that made them invented, which is of course screws. The idea of the screw that is an inclined plane that spirals around a central shaft is ancient. The corkscrew design of a screw began with Archimedes screw, where he devised that as a device to draw water out of the holds of ships. It was a way to pull water vertically – or almost vertically – using a big wooden screw, reversing it, and drew the water out of the holds.

The next evolution of this principle was used much later since the Hellenistic period for pressing grapes and olives to get wine and oil. It used the same corkscrew design but turning downward rather than upward rotation. However, screws were not used as fasteners as we use them today. There were other methods of fasteningو objects such as dovetails and dowels and also obviously nails.

For a better and more accurate choice of screwdriver you need, you can read the Guidance on choosing the best screwdriver set in ronix blog.

the History of Screwdrivers Hand Tools return to Around the 15thh century, screws were produced for the first time as fasteners. Their initial use was as a fastener for parts of medieval jousting armor and also firearms. At that time, screwdrivers were only used to service these weapons and they were usually called either a “screw turner” or a “turn screw”. As a result, screws and screwdrivers were not commonly used and common people wouldn’t use them at all.

In 1760, two English brothers, Job and William Wyatt patented a screw making machine that used a file to cut in the threads – following the pitch of a lead screw. This allowed mass production of screws and was a precursor to industrial mass production machines. This was improved upon until the process for the cold rolling thread that was until the engineering, materials, and machines of the industrial revolution were made screws useful in building projects.

Canadian P.L. Robertson (1879-1951) invented the first and biggest game-changer in 1908, the square-drive screw. A square-drive on the head of a screw was an improvement over the slotted ones because the screwdriver would no longer slip out of the head during installation. Additionally, Ford Motor Company, one of Robertson’s first customers, also used over seven hundred Robertson screws in their Model T car in the early 20th century.

28 years later, Henry Phillips broke onto the scene with a new design that he bought from someone else and redesigned. When Robertson lost the right to his invention, a window of opportunity opened up to Phillips. His innovation was a cross-shaped design that held the screw tightly while it was being turned and once the screw was firmly in place, it allowed the driver to slip out. These screws could take greater torque and could provide tighter fastenings.

A few years later, in 1967, the Torx driver was designed to prevent “camming out”. This was an alternative to a Phillips screwdriver. Torx drivers have six lobes that make the contact surface higher. Therefore, Torx screws can bear greater torque rather than Phillips screws and can also slip out less easily. This invention went one step further and security Torx and other screwdriver types got invented. As you may have seen, Apple launched Pentalobe in 2009.

It has only been a hundred years, where screwdrivers and screws have become so practical in different specialized jobs and needs. They have helped us in countless variations on what was once such a hard task. Now we can see hammer screwdrivers, Torx sets, hex sets, and so many more screws as fasteners in hand tools category. 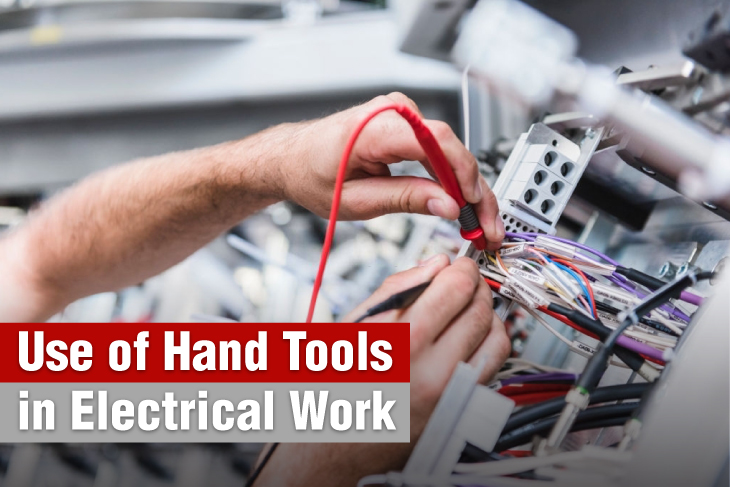 use of hand tools in electrical work

Everything You Need to Know About Brushed Motors Use of hand tools in car repairing